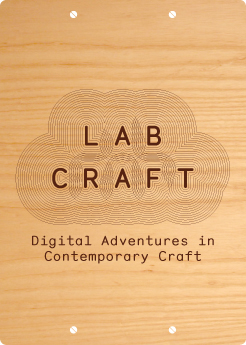 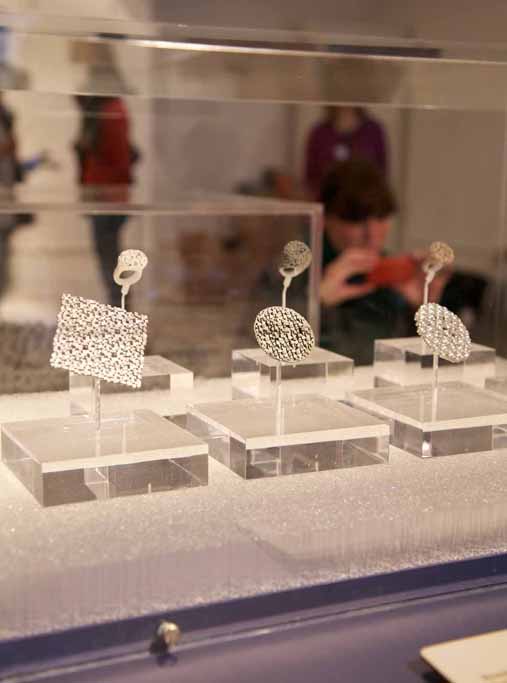 Hayes Ward works with small building-block elements to create intricate jewellery structures. The work celebrates the marks made by the rapid prototyping machine – which are effectively resolution lines – and uses these marks to give the pieces textured surfaces.

The blocks are firstly modeled on the computer then rapid prototyped in wax before being lost wax cast. Most of her work could not be made by digital processes alone and involves many traditional techniques used in jewellery-making, such as lost wax casting, stone setting and lapidary as well as general bench work.

Hayes Ward holds a degree in Silversmithing and Metalwork from Camberwell College of Art and graduated with an MA in Goldsmithing, Silversmithing, Metalwork and Jewellery from the Royal College of Art in 2006. The complexity of her work and the need for perfect accuracy, particularly with interlocking parts, has led Hayes Ward to pursue new technologies. Creating her designs in a virtual environment she employs rapid prototype technology alongside traditional jewellery techniques. Hayes Ward won the UK’s New Designer of the Year Award in 2006 and is a recipient of the Crafts Council Development Award.